Modern vehicles have fuel injection systems installed. These newer systems represent technological advancements that have replaced carburetor systems. For drivers, this usually means that they can expect better performance out of their vehicles. Despite the improvements, it is possible for these newer systems to malfunction and require fuel injection system parts. It is important that drivers recognize signs that something is amiss. A mechanic can perform an inspection and determine which parts need to be replaced. The following points identify a few things that might be observed by drivers.

Anyone who drives their vehicle regularly should notice changes in performance. If a vehicle seems to be losing its power and requires more to get the engine going, then faulty fuel injectors might be the culprit. Drivers might need to depress their gas pedals to keep their engines from idling out. They might also experience a need to press harder to keep their engines on. This phenomenon is usually caused by injectors that are failing and can no longer mix air and fuel correctly. The system might use more fuel to try to keep up with demands. This will be noticed by drivers as spending more on gas even though their driving habits and the cost of gas have not significantly changed.

Some vehicles have mufflers and other features that cause them to idle loudly. However, the average driver has a vehicle that is quiet during idling or makes minimal noise. There might be other signs that accompany the noise such as vibrations. It might also seem like the vehicle makes a rough start when it is time to start driving from an idling position. As the issue gets progressively worse, a driver might detect a slight stall and the vehicle might appear like it is on the verge of a breakdown.

A leaking fuel injection system leaks fuel. Drivers may detect a telltale odor of gasoline but not be able to determine where it is coming from. The scent may get progressively worse especially when the vehicle is being driven. Fuel odors should be treated as emergencies because of the potential safety risks. It might be a combination of issues that include the injection system, and something tragic such as a fire or explosion could occur. 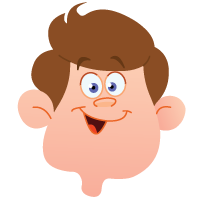 After trying for years to fix up my car, I realized that part of the problem was the kind of parts that I was using. I would always try to use less expensive parts, but that mistake blew up in my face more than a few times. I knew that it was counter-productive to keep operating like I was, so I started focusing on finding better parts. I learned a few things to look for when it came to choosing higher quality components, and it really made a big difference with the operation of my car. This blog is all about choosing high quality auto parts that you can count on.